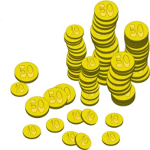 I'm pleased to see more and more DJ/Producers signing up with music publishers. For a DJ/Producer who produces original tracks, publishing income can be a valuable addition to the money their tracks already generate from sales, streaming, airplay and club play.

In this post I will look at the various aspects of what publishers do, and the relevance of each for DJ/Producers.

Traditionally, music publishers are companies that work with composers and songwriters who write music that is to be performed by other people. Those composers and songwriters write their songs, and pass them over to their publisher, who then pitches the songs to labels and artists, with the aim of getting someone (preferably someone very famous) to record those songs, and commercially release those resulting recordings.

In this business model, the publisher plays a pivotal role, because it is the publisher who "makes things happen". An individual songwriter is unlikely to have the connections to get his songs recorded by famous artists. A good publisher does have those connections, so it is vital for a songwriter to get signed by a well-connected publisher.

But DJ/Producers compose music on their computer using Digital Audio Workstation software (Logic, Cubase, Ableton Live, Reason, etc.), and obtain a recording simply by clicking a button in the DAW. They have no need for anyone to find artists to record their music, nor to find a label willing to fund a costly recording process.

When a publisher says that they will "work your songs really hard", they are usually talking about getting other artists to record your music, because that is what a traditional publisher's primary job is. But that is completely irrelevant for DJ/Producers. These are therefore not the kind of publisher that a DJ/Producer should be signing with.

But the tracks do need to get released. In the traditional world this usually involves an artist signing to a label, exclusively for a number of singles or albums, and often exclusively for a number of years. Getting such a recording deal is not the responsibility of the publisher. It is usually the artist's manager that will look for and negotiate such a recording deal.

DJ/Producers work differently. Most often they only sign a single track (or perhaps an EP) to a particular label. They may return to that label later on with another track, but will in the meantime be looking to release tracks on other labels. Many DJ/Producers also run their own label, on which they can release their tracks themselves. And they have many mates who also run labels.

Releasing on a variety of labels is good for DJ/Producers, because it will get their music heard by a much wider audience, which can then result in more bookings for DJ gigs. Exclusive label deals are not what DJ/Producers should be looking for.

Some traditional publishers may offer to assist a composer or songwriter with getting a label deal, but this will be about those longer-term exclusive recording contracts for singer/songwriters and indie bands.

Specialist dance music publishers are more useful in this field, because they deal with many DJ/Producers (some of whom will run labels), and often also administer publishing rights for various dance labels. Through these connections, a publisher can be an additional way to get tracks pitched to labels. But signing tracks is by no means the exclusive responsibility of a publisher. Nor is it the most important aspect to look for in a publishing deal.

Most commercial pop hits are written by teams of songwriters, which are put together by their publishers. Various big publishers also organise "songwriting camps", where they put a number of their songwriters in a nice remote retreat for a few days, and get them to work in small teams to write songs.

This may be useful for DJ/Producers who want to cross-over into the commercial pop world, but working with someone who writes songs for One Direction or Britney Spears is not going to help a tech house producer write a better dancefloor track.

For this too, specialist dance music publishers are more useful, because they should be working with many other producers in the same genre, and can introduce some of them to others for the purpose of collaborating on a few tracks. But DJ/Producers will already know many other DJ/Producers, as does their manager, so whilst this is useful, it should not be the overriding factor in choosing a publisher.

Synchronisation (a.k.a. "a sync") is the placement of music into TV shows, movies, adverts, and so on.

Publishers are often the key players in this field, although labels also play a role. Getting a track into a worldwide car or fragrance advert will often involve a five-digit sum of money. That's nice. But there aren't all that many such adverts, and the competition for them is heavy.

Getting a big sync is therefore like a lottery, with very low odds. It is definitely worth checking whether a publisher is active in the sync world, but one should not choose a particular publisher just because they placed some track in some big advert. For every track they place, they have thousands of tracks they couldn't place anywhere.

Last but by no means least, publishers register musical works with performance rights organisations and mechanical licensing agencies. These "societies" license those works collectively to radio stations, clubs, download stores, streaming services and many other organisations that "use" music. They then get usage reports from those licensees, and divide the received license fees between all reported and identified usages.

Registering titles and writers with societies probably sounds like a simple task, but many publishers are surprisingly bad at it. Many of them simpy register each title and the writers, and expect the societies to somehow work it all out. But "working it out" involves a lot of manual activity in matching and researching, which is labour-intensive and therefore costly. Societies will only do this for usages above certain value thresholds.

For DJ/Producers, their publishing income is likely to be highly fragmented into large quantities of small amounts, with most of them below those value thresholds for manual processing. They need to rely on the various automated "bulk processing" systems at the societies. For that to work, their publisher needs to provide those societies highly accurate information, with additional details such as IPI numbers, artist names and ISRCs. A specialist dance music publisher will understand this principle, and act accordingly.

For DJ/Producers, registrations and collections are the most important aspect of publishing.


How to Tell the Difference

Publishing is important for DJ/Producers, but picking an appropriate publisher is crucial for actually getting paid any publishing income.

Here is a secret hint to tell the difference: Ask a prospective publisher how big they are. The clues will be in the terminology they use in their reply: A traditional publisher's answer will be about how many thousands of copyrights they own, and perhaps how many writers are on their roster. But a  DJ/Producer-focussed publisher will tell you how many artists they represent, how many label/publishers they administer, and perhaps how many titles they currently control.

The underlined words are clear indications of the publisher's mindset and priorities. A DJ/Producer will end up very disappointed with a publisher that will "work their songs hard". Instead, they need a publisher to represent them in the wild and wonderful global jungle of music publishing.
Posted by Herman Verkade at 11:13