I read your letter in today's Financial Times with interest.


[...] the vast majority [of the 111,000 PRS members] neither perform live on stage nor sell sound recordings - indeed most do not even have a record label.

I find it hard to believe that there are 100,000 people in the UK who write music, but do not perform or record that music.

You are probably going wrong by assuming that everybody who joins PRS is a dedicated songwriter. But that is not the case. PRS for Music doesn't actually know how many of their members are more than just composers or songwriters, because it's not something PRS asks their members about.


I run a global music rights management company. We do many things, but above all we publish artists who write their own music, and we administer labels who publish the music they release. Many of those artists are members of PRS, but they are not dedicated songwriters. Many of those PRS-member artists also own the labels whose publishing rights we administer. They are artist, composer, label and publisher, all in one.

To us, "publishing" is about licensing the compositions embedded in the music from those artists and labels. The largest part of that involves plugging in to the existing frameworks for licensing musical compositions, either through collective licensing bodies such as PRS for Music, or through direct blanket licenses with companies that use music.

We continually run into all sorts of problems with this, because the PROs and MROs have rules, regulations, processes and procedures that are designed around the traditional model of dedicated songwriters, who engage with publishers, who in turn find artists and labels to record and release those compositions. But the needs of our artists are very different, and many aspects of the rules, regulations, processes and procedures are incompatible with what those people need from collective licensing bodies such as PRS for Music.

I am not alone in experiencing these problems. I meet a lot of fellow publishers at PRS, MPA and AFEM events, many of whom are complaining about the same problems.


So why do those artists-who-write-their-own-music actually bother to join PRS?

But these artists are the songwriters of their music. The only way to recover those withholdings is to join PRS (and possibly MCPS, and/or get a publisher involved). But when we enquire with PRS for Music about why these people are not receiving the money they are entitled to, we get comments about being "insignificant", or even "irrelevant", and that "PRS does not deal with artists, but only works on behalf of the songwriters".


I really believe in the principle of collective licensing for musical works. For a small company such as us, it would be impossible to direct-license every company in the world that uses music. But the collective licensing agencies need to adjust their rules, regulations, processes and procedures to suit ALL people who write music, and not focus solely on the select few that earn a living from writing music for others to perform and record.

If the societies do not change, then large chunks of the music industry will need to find (or create) alternative ways to collectively license their compositions. We would prefer not to do this, because doing so is likely to undermine the existing collective licensing ecosystems, and may well do damage to the businesses of dedicated songwriters and their publishers.

It is time for PRS for Music to adapt to the realities of the 21st Century. You run that organisation. Please ensure fair treatment for ALL people who write music. 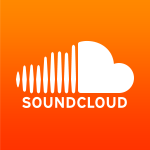 SoundCloud are getting a lot of bad press coverage again. This time it's around an announcement they made last week, which certain journalists have totally mis-interpreted. It's time again to de-bunk some myths...

The pirates who abuse SoundCloud this way, are getting increasingly sophisticated. You may think of guys sitting behind their screens all day to find and rip tracks, and then uploading those rips one by one to pirate sites. Unfortunately they are much cleverer than that. They have written little applications that use the SoundCloud API (Application Programming Interface) to browse and search SoundCloud to find new tracks. Those applications then use a different part of the SoundCloud API to play those newly found tracks, hooking the output thereof into another piece of software that rips the audio to an MP3, after which a final bit of code then automatically post all those illegal rips to numerous pirate sites. These little applications run 24 hours a day. seven days a week, and just suck everything new out of SoundCloud into their piracy sites, without any human intervention whatsoever.

SoundCloud are now trying to stop this abuse by limiting the number of tracks an API-based application can request, thus limiting the number of tracks these pirates can steal. The limit is still high, because it still allows an application to grab a new track every six seconds. I can only guess that the problem has gotten so bad that this limit will actually have some negative effect on those rogue applications, and I would not be surprised if this limit is going to be reduced some time later on.

Despite what the various press reports have been saying, this change has no effect on the number of plays a track can get on the SoundCloud site, from the official SoundCloud apps, and/or from the standard SoundCloud widgets for embedding tracks on websites and social media.

Rate-limiting APIs is not unusual. Here at Musiqware, we make extensive use of the APIs from numerous sites and services, mostly to verify that our new releases appear on all the legitimate services correctly. Most of these APIs have rate limits to avoid various types of abuse. None of those limits cause a problem for our legitimate use of the APIs. Now SoundCloud have also imposed a limit on their API to avoid abuse. They should be applauded for doing something to reduce the pirates' abuse of their service...!
Posted by Herman Verkade at 16:09 1 comment: